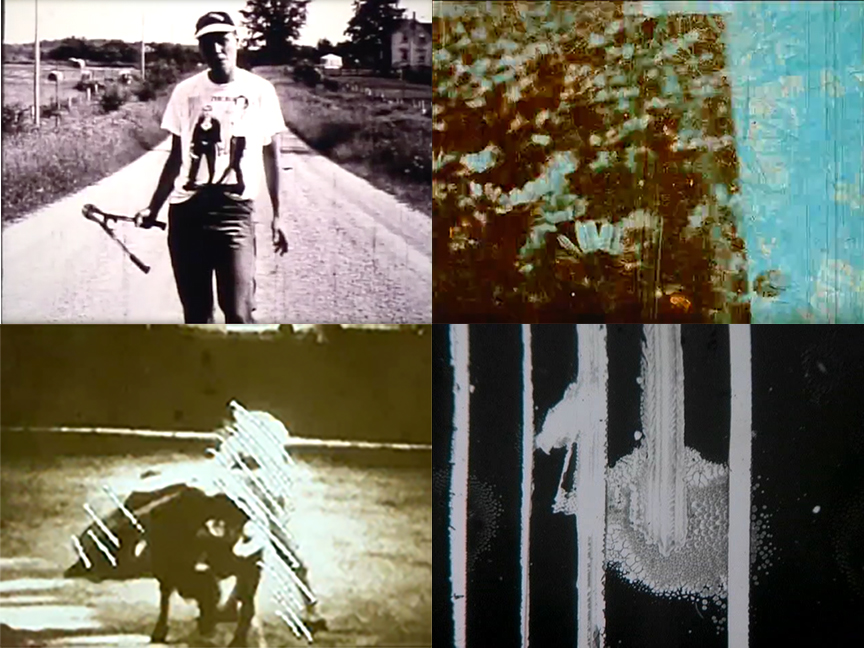 I presented a curated program of 13 films, From the Farm, at the Alchemy Film and Moving Image Festival in Scotland in March 2016.  From the Farm shone the spotlight on the signal work of the Independent Imaging Retreat (aka Film Farm) offered in rural Ontario every summer by Canadian experimental filmmaker Philip Hoffman and his dedicated staff. Film Farm’s 22 years of handmade experimental filmmaking have deeply influenced the work of both Canadian and international independent filmmakers and have dramatically influenced the re-imagining and implementation of artist-centered models for the teaching and production of film. Founded on a feminist pedagogy that prioritizes accessibility, presence, the body, and the centrality of relationship (with self, others, nature), Film Farm celebrates chance, play, materiality, and the handmade. Each summer in Phil’s Mount Forest barn, a small, changing group of filmmakers – some novices and some highly experienced – convene for an intensive week of shooting, hand-processing, tinting/toning, watching and editing film.

Kind thanks to Alchemy Director Richard Ashrowan for supporting the work of Film Farm and for furthering an ecosystem of experimental moving image !