Installation view of What it is to Want It at the Alchemy Film Festival.

The first two film episodes from my Covenant project premiered last week at the Alchemy Film Festival, Scotland. What it is to Want It is a two-channel installation that brings voice to the inner wrestlings of 17th century Scots whose worldviews were shaped by the sternly passionate and demanding ideals of the Scottish Reformation, and the rugged, unforgiving land that supported them.

The larger multimedia project Covenant explores the psychogeography of the Borders and the radical shifts in the cultural imaginarium effected there by the Reformation. Working outward from research into the life and writings of my ancestor, Reverend John Livingston, who was a leading Covenanting minister in the Borders in the 1600s, Covenant investigates the ways in which Reformers’ ideas about the body, voice, and community were shaped by and are reflected in the land. The fiercely passionate and often agonized struggle for a clear knowing of one’s personal salvation; the far-reaching system of discipline used by the church to control the body and its desires; the valorization of Word/text over sensual sacramentalism; and the apocalyptic theology of the extremist Covenanters are all sites for filmic investigation. 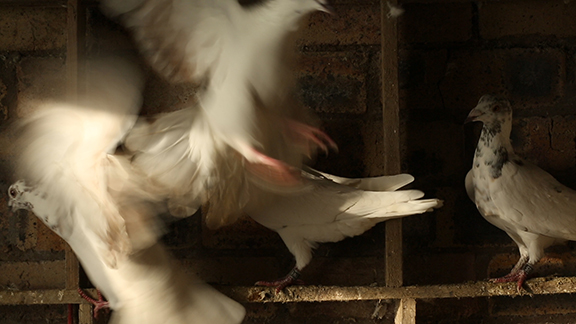 Gown of Repentance,  a second film episode from Covenant, deciphers and interrogates the case of a woman publicly disciplined and shamed in 1677 by her kirk session (church court) for the sin of adultery. The only information we have of her case is found in the abbreviated written minutes left by West Calder's Kirk Session clerk, and the film engages the viewer in decoding and translating excerpts from these minutes to uncover an alternative interpretation of the historical events which might be truer to this woman’s experience, as opposed to that of the church power structure.