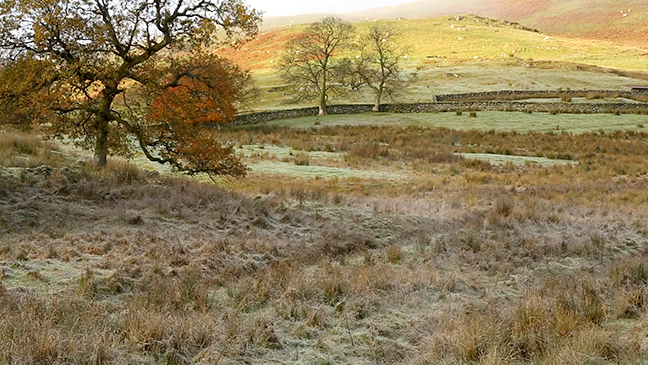 Frost coats the bog rush in the sheep meadows on Cossarshill at sunrise this morning when I wake to greet the day, contrasting with the scene I'll film tonight at Ancrum's Guy Hawkes bonfire. The bonfire, one of many throughout the UK, celebrates the foiling of a plot by English Catholics in 1604 to burn Parliament and assassinate King James the I of England and the VI of Scotland, with the goal of restoring a Catholic king. Fawkes was captured, tortured and planned to be burned, but he jumped first from the scaffold and broke his neck, avoiding the agony to come of death by fire. Forbidden the right to rest in peace, since 1605 his effigy has been burnt atop towering piles of rubbish and scrapwood in town squares across the land every November 5. For many years, his effigy was joined or replaced by effigies of the pope and other hated figures.