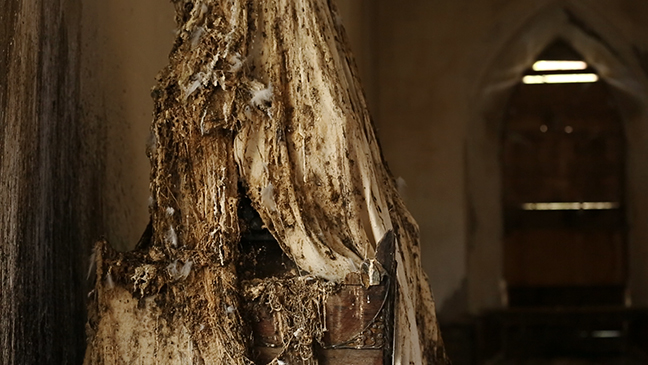 Unable to tear myself away from this place and work on my new film project, Covenant, I’ve extended my stay in the Ettrick Valley another three weeks.  Days are spent filming, interviewing, and rambling in the hills and valleys; nights researching and reviewing footage.  I’m immersed in the Scottish Reformation, grappling with the particular ways the intense desire for direct access to God, changed perceptions of time and the body, and rebellion against the perverse exercise of authority were played out on this land, in this place.

Long after the reformers became the establishment and began to ease up on some of their bitterly-fought-for principles, those with less willingness to compromise split off from the Church of Scotland and formed the Free Church.  Here in Ettrick, they built a chapel in 1889 in Tushielaw, the second Free Church in the Valley.  This fierce congregation lasted 46 years before dissipating.  The chapel was then grafted back onto the trunk from which it had split, but parishioners fell away, and the building was ultimately sold to an “incomer” painter who converted it to a studio.   She’s long since moved away, leaving behind testament to the power of creation and its confrontation with change.  The church stands empty now, creatures of all shapes and sizes finding their way to shelter through cracks, holes, and gaps made wider with each glancing pass of fur and feathers.