The Waterworks was one of the country's first metropolitan water systems, built in 1887 to bring water from the Chestnut Hill Reservoir into Boston proper.

pump, filter, reflect and Frank Aveni's work above and behind it, are layered in the Temporal Currents show, creating a fully immersive experience:

Presented at  Temporal Currents: Experimental Film and Sound at the Waterworks Museum a one-night experimental film and sound event exploiting the peculiarities of the old pumping station as a non-traditional cinema space and concert venue.  New life was breathed into the 130-year-old brass and iron machinery by means of multiple 16mm and video projections created specificallly for the site by filmmakers from the AgX Film Collective, and by the sonic explorations of NonEvent musicians.  Projectors were placed  throughout the facility, shining moving image onto its many curved and textured surfaces, obstructed and shaped by the geometry of its numerous valves, pistons, and gears. 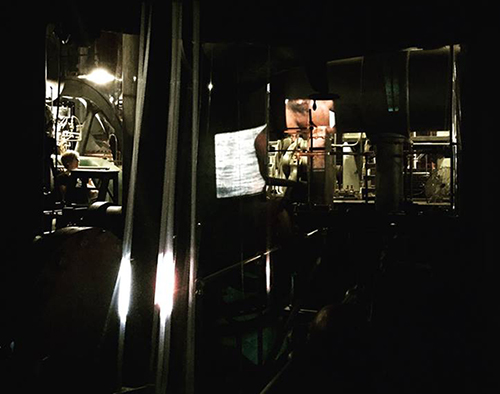 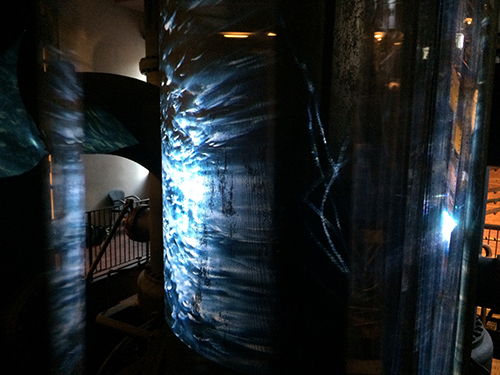 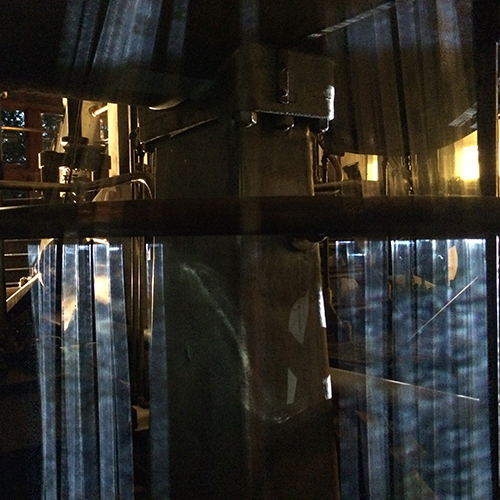 The Waterworks by light of day, showing the six massive tanks into which pump, filter, reflect was built: 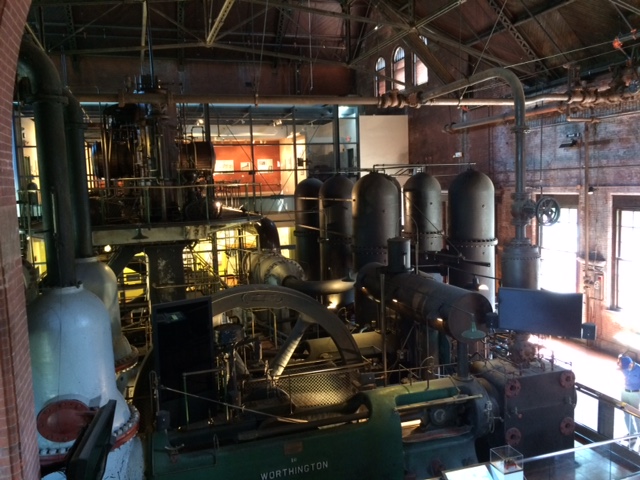 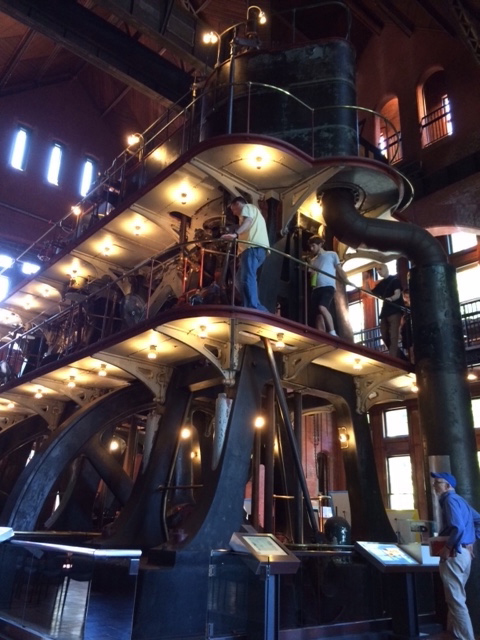 The Waterworks is a truly remarkable space from a time when architecture was designed not just for function, but to uplift and magnify human endeavor.