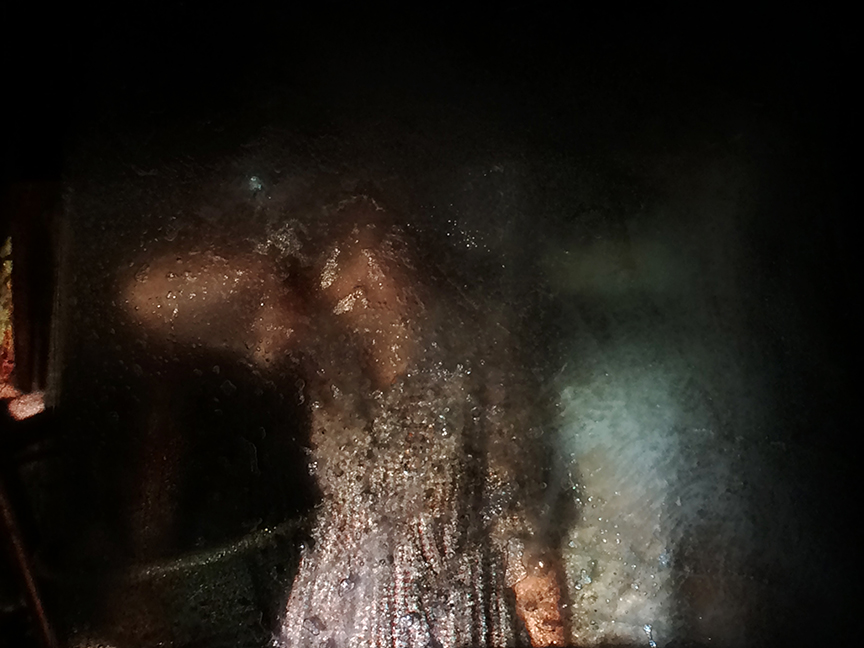 A collaboration with choreographer Cynthia McLaughlin.

An exploration of duration and impermanence, the will toward life, the relationship between humans and our environment, and the illusion of control.  Moving image is projected into a block of ice suspended in the gallery.  Imagery is viewable on and through five surfaces of the ice block.  Over the course of the installation, the material becomes immaterial as the ice melts and imagery dissolves.

Based on the true story of young Puritan farmer Elijah Bordwell, who was flung from his horse one “severe cold night” in 1786.  His foot became caught in his stirrup, and he was brutally dragged over 800 feet before breaking free.  According to the unusually detailed and descriptive epitaph on his gravestone, he spent the “whole following severe cold night treading the Snow in a Small Circle” in an attempt to stay alive.  He died three days later and was buried in the cemetery just down the hill from my home.

The imagery in the ice is mottled, occluded and warped by the varied densities of the ice, air bubbles trapped within it, and fogged patches created by the ice's freezing and melting. Viewers move 360 degrees around the ice to view from all sides.

Image above is installation detail.