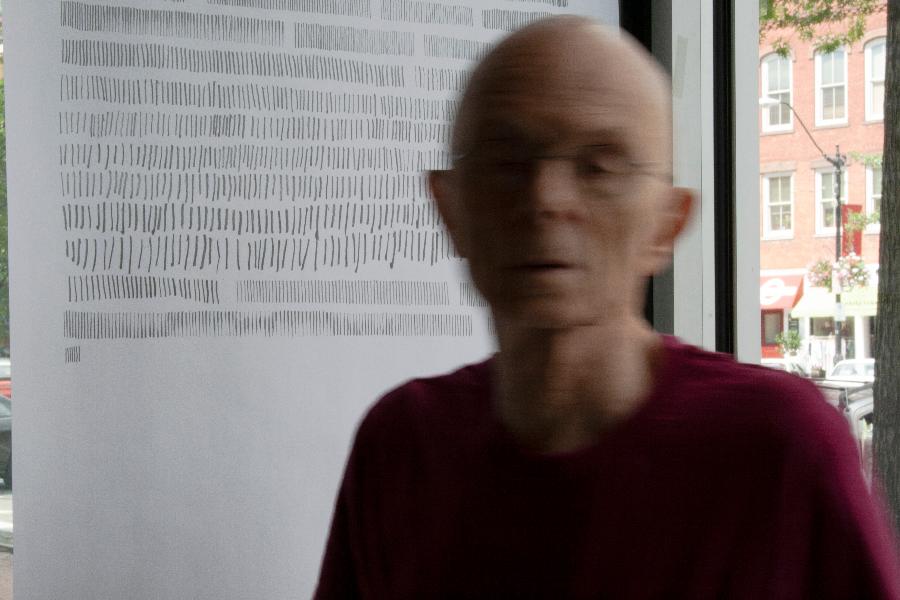 Scroll down for images and video.

This ongoing project investigates the bodily experience of the passage of time and raises questions about presence, permanence, the meaning of a life's work, and the call to attentive awareness.  It explores the traces (physical, energetic and memory-based) left by the body; the activation of space through physical and mental attention and intention; and the quality of physical presence composed of both present and historical energetic traces.  It highlights the ability of simple acts of walking and marking to make and unmake spaces, and to facilitate the active attention which is the precursor for connection.

Walking Marking 1 (2009) was performed in Johnson, VT.  For 24 days, I walked back and forth between two walls, making a graphite mark on each wall each time I arrived at it.  My labor evolved into two drawings: 1) two wall drawings each made of rows composed of 9,441 graphite hatch marks and 2) a band-like floor drawing made as my continual footsteps burnished the floor.  Later, video of the performance was projected onto a bridge under construction nearby, enacting a new drawing onto the bridge, and layering the private cultural labor of my performance onto the public manual labor of the S.D. Ireland Concrete Company.

Walking Marking 2 (2010) was performed over five weeks on the proscenium in a gallery's storefront window.  25 guest performers from the community joined me over the days and weeks of walking-marking, exploring with me the activated nature of the space we co-created and the potential for profound self-generated shifts of perception.  Two wall drawings were made on 7' scrolls hung on opposite sides of the proscenium. Walker-markers reflected on their experience in a written log kept on site, providing fascinating documentation of the shifts in awareness, perception, psychology and relationality effected by this deep call to awareness.  Pedestrian passersby on the sidewalk abreast of the performance space were another important community of collaboration and exchange.  Their invovlement was often intentional on their part.  Other times it was not, but it was no less potent to the walker-markers on the other side of the glass. 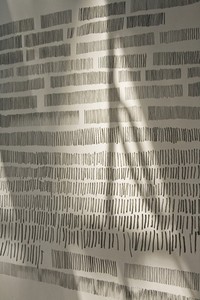 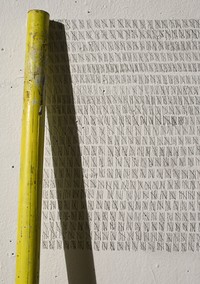 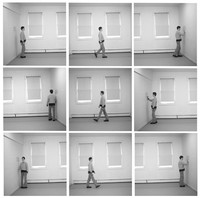 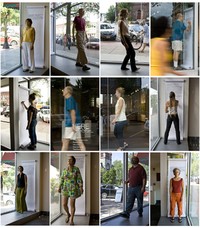 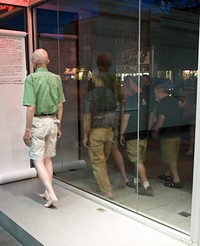 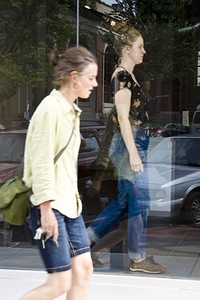 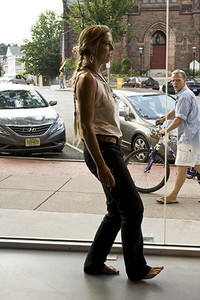 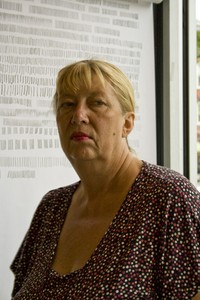 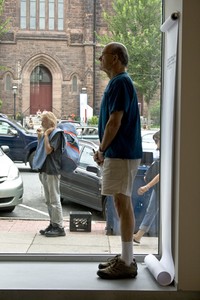 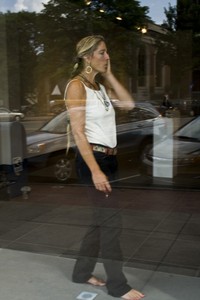